Renewable energy is still the hottest topic discussed by politicians; and with Australia receiving an abundant amount of sunshine, solar is the most obvious source of energy.

Have you noticed there has been a 117 per cent increase in energy over the last ten years? Which leaves many homeowners guessing what the cost of electricity will be in the future.

The inevitable rise of electricity prices is one of the biggest incentives to install solar. Once homeowners have installed a solar panel system, they have the freedom of creating their own energy and therefore become increasingly self-sufficient.

Read more about the rise in energy costs

The current rebate in Victoria was halted on April 12th due to the initial 30,000 allocations being filled. The programme will re-open on July 1st with a new application process. Customers will need to pre-apply for the rebate through an online portal before obtaining quotes form solar retailers.

More about the Victoria solar rebate

Technology is improving at a rapid rate and so is solar innovation. System sizes have grown dramatically in recent years from the standard 1 – 2kW system to 5, 6, even 10 kW systems.

The improvement in solar technology means that solar panels are more efficient than ever before, resulting in you needing less of them on your roof to create more power.

Solar batteries are now better than ever making it is easier for you to store the energy that you are making in the day, ready to use in the evening when you need it most. Rather than sending the excess energy that you create back to the grid at a lower cost than you would pay to import the same energy.

Still need convincing that solar makes more sense in 2019 than ever before? Research by realestate.com has found that having solar makes your home more attractive to buyers. In an age where sustainability is a hot topic having solar is and bonus in the property market.

How solar adds value to your home

Solar energy is a renewable energy source. In fact, it is the most abundant energy source on earth. The earth’s surface receives enough solar radiation to supply the world with energy 20,000 times. Harnessing this energy would dramatically reduce our reliance on non-renewables as well as reducing pollution.

Installing a solar panel system reduces your reliance on the grid and therefore your use of non-renewable energy. You can also help other households use green energy by feeding in your excess energy to the grid. 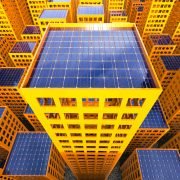 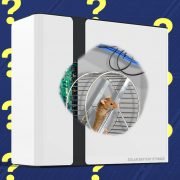 Solar batteries – is the technology there yet? 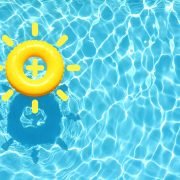 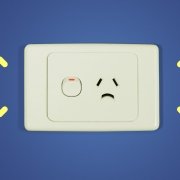 Energy usage habits costing you the most money 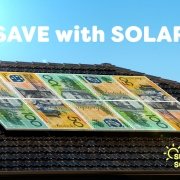 How will solar actually save on my energy bills? 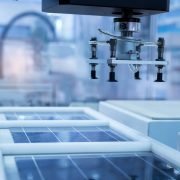 What Are Solar Panels Made Of?
Essential Solar Knowledge For Western Australia

Solar batteries and why you need one
Scroll to top